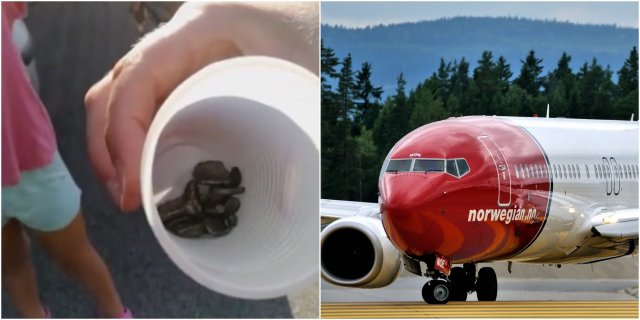 Chicago based United States’ aerospace tech giant Boeing is again going to face another controversy related to its 787 Dreamliner jet, already in question after code leaks by Wired.

last weekend, 1 person, 25 vehicles and 12 houses were hit by falling parts from a Boeing 787-8 as it made an emergency return to Rome’s Fiumicino airport. The Norwegian flight DY-7115 was departed from Rome for Los Angeles but encountered technical issues shortly after take-off.

After the plane gained an altitude of 3,000 feet, the pilots confirmed an emergency landing and returned to Rome, approximately 23 minutes after take-off. There were 298 passengers on board, with no injuries reported.

Italian media covered numerous eye-witness reports from local residents of the Isola Sacra neighborhood, many of whom talked of hundreds of glowing pieces of metal falling down from the sky. According to the Italian newspaper, the incident could have been much worse as “Only a few more moments of flight and the incandescent splinters would have hit the center of town or the crowded beaches of the Roman coast.”

The plane facing criticism has a life of 5.5 years and registration LN-LND. The parts are supposed to have dropped from the left engine, a Rolls-Royce Trent 1000. The risk of the technical problems suffered after take-off, which caused the parts to break away and just how close this incident was to a possible disaster is still unknown.

Italy’s aviation safety agency (ANSV) has begun an investigation. It’s also expected that checks will be made on the similar type engines and maintenance plus quality procedures of Rolls-Royce and Norwegian Air as well.