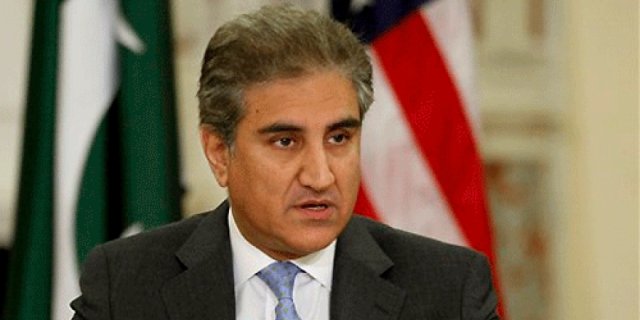 Pakistan’s Foreign Minister Makhdoom Shah Mahmood Qureshi on Thursday said that Indian actions, pose a grave risk to peace and security in the region and were objected at bringing a material change to the status of Jammu and Kashmir.

The foreign minister highlighted the illegal and unilateral undertaking by India to change the special status of Indian occupied Jammu and Kashmir.

He also mentioned that these steps are against the resolutions of the United Nations Security Council (UNSC) on Jammu and Kashmir and International Law.

He said due to the brutal steps taken by the Modi-led Indian Government, people of occupied Kashmir are facing shortages of basic human necessities including food and medicines and stressed that India is committing serious human rights violations in occupied territory, which may lead to a humanitarian catastrophe.

Qureshi’s Swiss Counterpart expressed his concerns over the situation in Jammu and Kashmir and urged both sides to maintain restraint.

He stressed on the need to deescalate the tensions, avoid loss of lives and resolve issues peacefully through talks, which Pakistan’s PM Khan refused to do.

The two leaders agreed to continue to sort out the issue together for peace and security of the tension amid region.