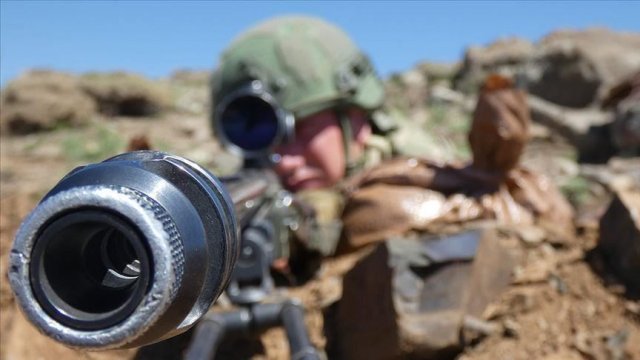 Officials often use the word “neutralized” in statements to imply terrorists in question surrendered or were killed or captured.

The airstrikes also destroyed weapons emplacements and shelters used by the PKK, the statement mentioned.

The counter-terrorism Ops was conducted in the rural area of the eastern province as part of domestic security operations, the ministry said. Operations still continue in the region, it added.

The PKK listed as a terrorist organization by Turkey, the U.S. and the EU. In more than 3 decades of terror campaign against Turkey, it has been responsible for the deaths of nearly 40,000 people, including women, children, and infants.

Turkey also perceives the YPG as the Syrian offshoot of the PKK, which has been at war with the Turkish state for the last 41 years.

Relevant: The US won’t increase military deployments in Syria for patrols with Turkey