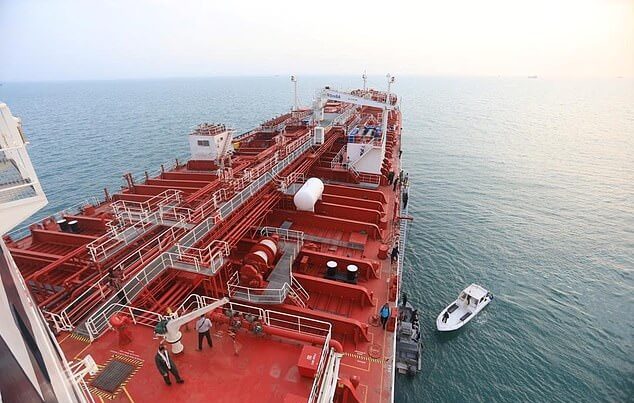 The British-flagged vessel Stena Impero captured by Iran is finally departing from the Bandar Abbas port after two months of detention according to an Iranian shipping organization.

The Stena Impero was captured by Iran’s Revolutionary Guards in the strategic waterway, Strait of Hormuz for alleged marine violations two weeks after Britain seized an Iranian tanker Adrian  Darya 1 (then named as Grace 1) in Gibraltar.

“The Stena Impero started sailing from the mooring towards the Persian Gulf’s international waters as of 9:00 am [05:30 GMT] today,” Hormozgan province’s maritime organization stated on its website.

The Stena Impero will now sail for a new destination Port Rashid in Dubai in the United Arab Emirates (UAE), about 250 kilometers (155 miles) away, the tracking data revealed. With average tanker speed, it would reach its destination within half a day.

Iran claimed they seized the tanker in the strategic Strait of Hormuz, for alleged violations including turning off its tracker to dodge Iranian forces and colliding with a fishing boat, which British claims that is an act of retaliation against the UK for capturing their tanker.

The Strait of Hormuz is one of the world’s most important shipping routes, about 96 miles long and only 21 miles wide at its narrowest point, with shipping lanes in each direction just two miles wide.

About one-fifth of the world’s oil, that constitutes around 21 million barrels per day, trades through the Strait of Hormuz, as of last year’s record.

Read More: Strategic Importance of the Strait of Hormuz