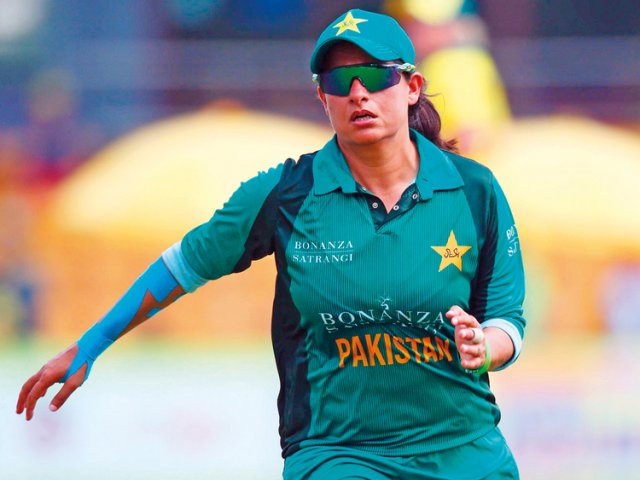 Asia Society announced that it will be honouring veteran Pakistani woman cricketer Sana Mir with the Asia Game Changer Award.

The award ceremony will be held in New York City on October 24, 2019, where the Pakistani spinner, Mir will receive the award along with five other women.

As quoted by the society’s website, Asia Society President and CEO Josette Sheeran said: “Our 2019 Asia Game Changers are women who have truly championed gender equality while making enormous contributions to society and social structures within their home countries.”

They further added: “They are inspiring agents of change who are building a better world – for women and for everyone – by changing the rules, changing the game, and challenging all of us to follow their lead.”

By heaping praise on Mir, they said: “Mir is known to be as one of the world’s best cricketers and has championed women’s participation in the male-dominated sport of cricket.”

Mir said she was truly humbled to receive the prestigious award.

Truly humbled and honoured to be receiving this award alongside amazing world leaders. Super proud to represent my country 🇵🇰 and the sport of cricket🏏 at @AsiaSociety. https://t.co/w8RckaMSQj

Mir led Pakistan women’s team to gold medal wins at the Asia Games in 2010 and 2014. She recently became the world’s top-ranked bowler for one-day internationals (ODIs); and, the top wicket-taker for spinners ever among women in ODIs.

She has been decorated with the Pakistani medal of excellence known as the Tamgha-e-Imtiaz, similar to the U.S. Congressional Medal of Honor; won the People’s Choice Award at the Pakistan Sports Awards; and, was recently inducted into the ICC Women’s Committee as one of three female players’ representatives to the preeminent cricket body.