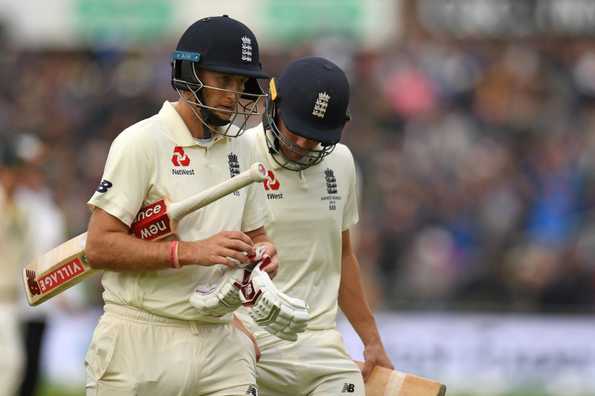 Rory Burns hit his third score of fifty or more this Ashes to lead England’s fightback with the bat in the fourth Ashes test in Manchester on Friday.

After a lengthy rain delay, resulting in the extension of second session to two hours and fifty minutes, Mitchell Starc came with a pacy start, keeping Burns on his toes.

Craig Overton gave away an outside edge on Josh Hazelwood’s delivery to the second slip, where Steve Smith grabbed a waist-high catch. Hazelwood therefore bagged the first wicket of the day.

Burns was sprinkled with short deliveries but he did well to stay out of any harm.

However, Root didn’t appear too confident. Being hesitant, he was seen shouldering arms to incoming deliveries that were dangerously close to the stumps.   But, he assisted Burns in building a partnership after Overton’s dismissal.

Burns, taking advantage of several loose deliveries from Starc on a relatively placid pitch, led the way as Root found his form.

Meanwhile, Nathan Lyon, found some turn and caused some problems for Root.

Burns, after all the hard work, completed his half-century off 100 balls with the help of seven fours.

Australian bowlers not learning the lesson and kept on bowling loose deliveries, the Burn-Root pair made the most of it and collected some easy runs.

Despite not being in complete control, Root, who even played and missed in the final over before Tea, remained unbeaten three short of a fifty at the break.