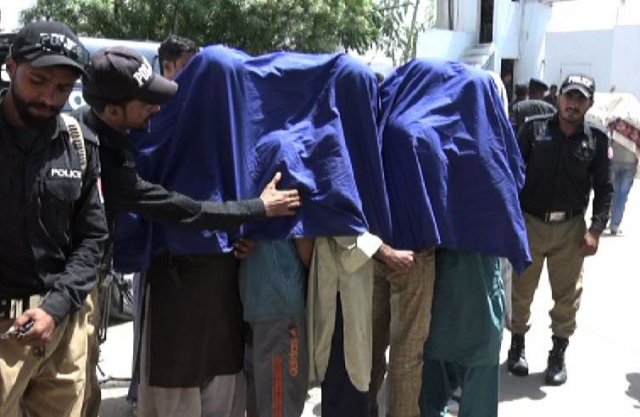 Karachi’s New Town police arrested a group of criminals impersonating as security guards. They are conducting raids to arrest the other members of the gang.

Operating under the name ‘Shahbaz Security’, the group would hire out security guards at houses and offices and then proceed to loot the place. They were also involved in muggings.

They had robbed houses in the jurisdictions of the Bahadurabad, Sharfabad, Ferozabad, Cliton, Darakhshan and Defence police stations.

The New Town police arrested five people. The group were in a stolen Suzuki Cultus and were driving around the area. One of the suspects was on a motorcycle.

Six motorcycles, the stolen Cultus, 13 repeater pistols and three TT pistols have been recovered from their possession.