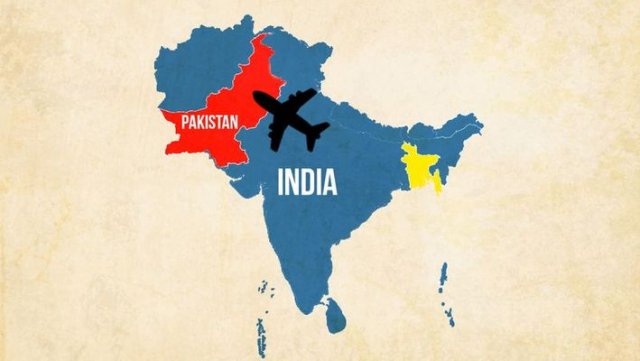 The Pakistan government on Wednesday announced its decision, not to accept India’s request for Prime Minister Narendra Modi to use Pakistani airspace for his flight to Germany.

Foreign Minister Shah Mahmood Qureshi said that the step has been taken “keeping in view the situation in occupied Kashmir”.

“A request was received from India saying that Indian Prime Minister Narendra Modi seeks to use Pakistani airspace for an overflight on the 20th to Germany and wishes to use the same for a return flight on the 28th,” revealed the foreign minister in a video statement.

“Keeping in view the situation in occupied Kashmir and India’s attitude witnessed in the tyranny and oppression [suffered by Kashmiris] and the violations of rights in the region, we have decided not to grant this request,” he added.

The Indian government had formally submitted a request last week for the use of Pakistani airspace after which Pakistan looked into calling a high-level advisory meeting on the matter, according to diplomatic sources

Earlier in September, Pakistan had already refused a request by India to allow its president Ram Nath Kovind to use Pakistani airspace for his flight to Iceland.

According to international law, the sources had said, Pakistan is bound to grant permission to the Indian Prime Minister. In case of rejection, India can appeal to the International Civil Aviation Organisation as a result of which Pakistan may face a heavy fine.

The request comes at a time of escalated tensions between India and Pakistan, after the government, led by the Hindu nationalist Bharatiya Janata Party (BJP), passed a bill by overruling Articles 370 and 35A, proposing the Jammu and Kashmir state be split into two union territories fully under the rules and power of New Delhi.

Right now, Several million Kashmiris are currently cut off from communicating with the outside world for more than a month, and India has strengthened its ferocious military clutches on the occupied state. Authoritarian Indian armed forces have ceased down the network facilities, including internet and landlines, banned protests and group gatherings, imposed curfews and deployed tens of thousands of troops into the region to escalate its existing military power of around 700,000 soldiers up to 900,000 in the occupied valley of Kashmir.