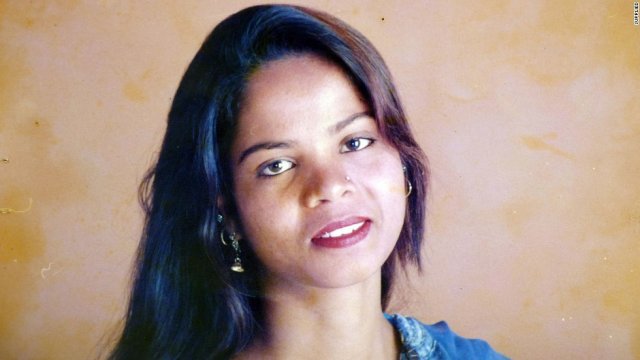 53 years old Christian women, Aasia Bibi, discharged by the Supreme Court of Pakistan in a blasphemy case last year, has left Pakistan to reunite with her family in Canada. She has been granted asylum in Canada as per her lawyer.

The allegations were first made in 2009, after that she was sent to jail for eight years on death row. The incident started in the central village of Ithan Wali after an argument with two Muslim women who refused to drink water from the same bowl as her, due to her religion. The women and a local priest then accused her of blasphemy.

After she was released by the Supreme Court on 31 Oct 2018, the authorities remained tight-lipped about her movement and whereabouts for security reasons.
US Secretary of State Mike Pompeo said in a statement, “Aasia Bibi is now free, and we wish her and her family all the best following their reunification.”

Qari Salam, who is the complainant in the case, filed a review petition over the judgment in January, which was dismissed on merit.