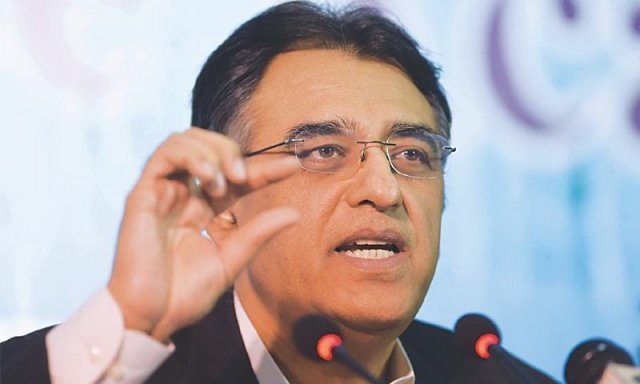 Pakistani Finance Minister, Asad Umer on Friday mentions that there is absolutely no need of further devaluing the Pakistani Rupee as the currency is now at a stable position.

“The International Monetary Fund (IMF) has made no demand for rupee devaluation,” he mentioned while talking at PSX (Pakistan Stock Exchange) through a Video Call.

“Today, the State Bank of Pakistan (SBP) has clarified the rupee is standing at equilibrium,” he said. Dismissing reports of further devaluation, he added to his statement that: “Stop circulating rumors that Asad Umar has said rupee would depreciate to 160 or 180.”

This statement has come after the rupee’s devaluation 1.8% against the dollar.

The Pakistani finance minister implicates people to invest in stocks rather than the dollar, as per his statement, the next budget will help push the capital market to the historical high.

“Pakistan’s documented economy size is $300-350 billion. It has to be part of the world $70 trillion economies,” he said and emphasized the growth of exports in Pakistan.

State Bank of Pakistan’s Banking Policy and Regulations Group Executive Director Syed Irfan Ali said that the rupee will not get devalued against the dollar as the government has made a loan return payment last week.

“The government has no intentions of letting the rupee lose more value,” he was quoted. “The rupee may go down at times when the demand for the dollars increases. However, that would be a temporary phenomenon as the rupee would later recover against the dollar.”

The government has let the rupee to be devalued by 1.8% or Rs2.55, to Rs141.39 against the dollar in the inter-bank market in the past four weeks since March 8 to be exact. The rupee has been dropped by 33.7% in a free-fall against the US dollar since December, last year.