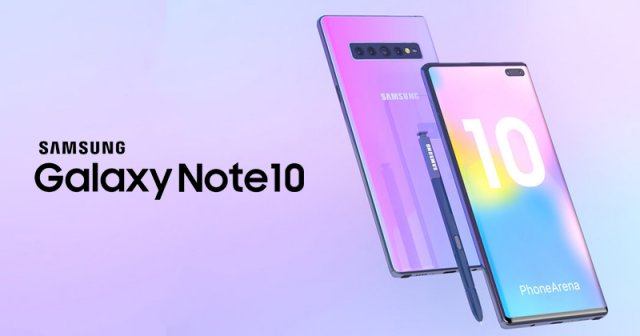 Samsung’s Galaxy Note in 2011 introduced the fashion for the big-screened devices we use today. The Note focused on the concept of making mobile devices bigger while the rest of the companies were making them smaller and more portable.

With its bigger screen, included stylus, and increased memory and storage capacity, the Note proved to be a fan-favorite. But in 2019, it could be harder than ever for Samsung to differentiate its Note from the Galaxy S series. Specifically now when the Galaxy S10 offers four different versions at various sizes and price points. Samsung typically unveils its Note 10 around the August and September period.

The Note’s bigger screen used to be one of the key features that distinguished the Note from its Galaxy S family. However, the variance in screen size and other differentiating features has gradually blurred over the years.

Other than Samsung’s S Pen stylus, the only major differences in last year’s Galaxy S9 Plus and the Galaxy Note 9 are the slightly larger screen and battery and the option to purchase it with more storage and memory than the S9 Plus. Note 9’s screen is only 0.2 inches larger than the S9 Plus’, otherwise the two phones offer the same functionality when it comes to other important features like the camera.

That wasn’t the story several years ago. Note 2, which appeared in 2012, had a 5.5-inch display, making its screen 0.7 inches larger than the 4.8-inch display on the Galaxy S3 Samsung released that same year, making the Note an attractive option for those who wanted a device with a screen that was noticeably larger than what other smartphone manufacturers were selling at the time.

Now, Samsung offers more choice than ever in its Galaxy S phones. The company also sells a more powerful version called the Galaxy S10 5G that will be able to connect to next-generation wireless networks. The 5G-enabled model provides a 6.7-inch display that’s noticeably larger than that of the S10 (6.1 inches) and the S10 Plus (6.4 inches) and a quadruple camera that includes a 3D depth camera.

With so many choices already exist when it comes to screen size, storage, and camera quality, it is unclear what the next-generation Note will offer other than the Stylus. If the S-Pen is the only feature that separates the Note Family from the Galaxy S10 family, Samsung will have to do differently to make the case as to why it’s worth to buy Note, over its flagship Galaxy phones.