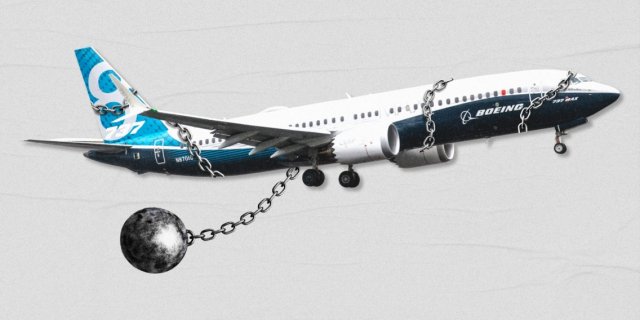 Airline leasing companies have been observing a massive increase in demand for older Boeing jets as the crisis surrounding its MAX planes continues.

Reported by CNBC, Phil Seymour, CEO of London-based aerospace consulting company International Bureau of Aviation, revealed last week about Boeing’s 787-800 jets, “Used 800s are like a gold dust at the moment.” According to Seymour, lease rates for older 737s have raised up to 40% over the course of five months to nearly $300,000 per month.

The escalation in demand for Boeing’s older planes is a profit edge for airline leasing companies such as Irish AerCap Holdings (AER). During its second-quarter conference, the company revealed that almost all of its planes were leased out to airlines. Another Irish aircraft leasing company, Fly Leasing (FLY), expressed similar comments in an email reply to CNBC.

Fly Leasing CEO Colm Barrington revealed that the company had leased out all of its 737-800 planes and didn’t have any more jets to offer. In the email, he wrote, “Based on airline inquires, we are seeing strong demand for Boeing 737-800s in particular, which is likely to be reflected in higher re-lease rates for the type this year,” CNBC reported.

Aircraft leasing company Aircastle Limited (AYR) informed CNBC that its clients were extending lease agreements for older Boeing 737 jets, following the MAX crisis. Company’s CEO Michael Inglese revealed that airlines initially thought the MAX crisis would come to end soon. But, the MAX series’ jump back to service is still uncertain and doubtful, and air carriers around the globe are now working hard to cope with the on-going crisis.

The Boeing crisis is triggered after the crash of Ethiopian Airlines’ flight ET-302 in March was the second fatal accident of a 737 Max in the time frame of five months, killing all 157 people on board. A near-identical aircraft, operated by the Indonesian Lion Air, crashed in the sea shortly after takeoff from Jakarta in October 2018 in which All 189 passengers and crew members died.

A poor company then met with its historical share loss during its during the second quarter after its stock dropped as it recently pushed out by Air Force’s intercontinental ballistic missile replacement contest.

Relevant: Boeing’s stock – The Biggest Loser today, after the company dropped out of GBSD contest

Right now, Boeing is also facing criticism as last weekend, 1 person, 25 vehicles and 12 houses were hit by falling parts from a Boeing 787-8 as it made an emergency return to Rome’s Fiumicino airport. The Norwegian flight DY-7115 was departed from Rome for Los Angeles but encountered technical issues shortly after take-off.