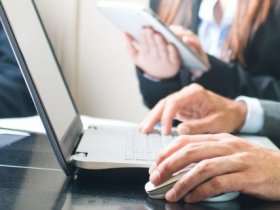 3 Ways That Technology Can Help To Modernize Your Business

The bank ‘s income increased to Rs. 5.3 billion, compared to the income of Rs. 3.51 billion posted in the same period last year, showing a rise of Rs. 1.7 billion, according to the financial results.

Apparently, during the lockdown period in connection with Covid-19, the bank continued its impressive profitable success in the first quarter, with no adverse effects on the market and revenue streams.

The bank has continuously made money from interest income that has shot up to Rs. 7.6 billion from Rs. 6.1 billion from the same duration of last year due to higher interest rates at that time. During the first quarter of 2020, its non-markup revenue grew to Rs. 4.2 billion.

On the other hand, the total expenses of the bank were in Rs . 2 very regulated. It contributed Rs. 3.4 billion in taxes to the national kitty and 9 billion.

Standard Chartered Bank is one of the fast-growing profitable banks which jumped to number three from 6 in 2019 among the top banks of Pakistan’s banking industry. In 2019, the bank made its all-time high income of over 16 billion rs.

The bank recently witnessed a leadership transition as the bank’s president and CEO Shahzad Dada resigned to join United Bank Limited in the coming weeks.

In the past two months, the central bank has cut policy rates by 5.25 percent to 8 percent, while bank borrowing on incentivized schemes and in general has risen over the same time.

It will depend on the bank to sustain its profit or multiply it with the peak demand of its services to the business especially in the new normal, a term described for the period of Post Covid-19.