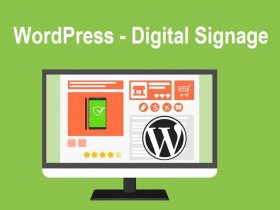 What Happens When Digital Signage Meets Its Soulmate In WordPress?

Tesla has to ponder over its technology as its Autopilot feature has been controversial for the company. Over the past few years, at least four people have been killed while using this system, raising doubts over the safety features of the technology.

Many Tesla investors for years have predicted that the electric-car producer under the supervision of CEO Elon Musk would finally join the market in a race of sustainable profits. Their recent dreams were pinned on estimates of narrowing losses in the latest 2 quarterly results after a year of poor management, unpromised scheduling and production crises at the company. Tesla is known for crossing the deadlines set by Musk related to autonomous-driving technology.

Against their high expectations, Tesla reported a loss of $1.12 per share, far bigger than any analyst had expected,  according to Bloomberg reports.

“Despite delivering a record number of vehicles in the second quarter, Tesla lost $1.12 a share, a bigger deficit than any analyst projected. While Chief Executive Officer Elon Musk is hoping to earn a profit in the three months ending in September, he told shareholders he’ll prioritize other goals,” report stated.

If that were not enough, CEO Musk announced during his profit call that J.B. Straubel, Tesla’s chief technical officer (CTO), is leaving that position to become an “adviser” to the company. Note that, Straubel is a co-founder of Tesla, and he has been with the company longer than Musk. He was one of the many high-profile contributors who left Tesla in the past year, sadly exacerbated its management.

It appeared to be a little comforting for the investors that the company posted profits by delivering a record of 95,200 vehicles in the second quarter. Investors showed their anger by punishing Tesla shares, dropped 14.8% in late morning trading on Thursday, which resulted in the loss of billions of dollars in market value.

Analysts forecasted Tesla is going to face even bigger issues, including whether it’s best for Musk to leave the post of CEO, whether it is time for an automotive industry veteran to take the charge, or whether Tesla may need to be sold out to any developed and well-performing automaker.

No matter what the issues are that, Tesla secretly has to cope up with, Musk’s dream to surpass automotive tech giants by producing fully autonomous cars with 99.9999 percent accuracy seems to be dying.