Microsoft, Apple, Amazon, Alphabet, and Facebook, the five most precious U.S. firms — on Monday, lost a combined $162 billion, leading the wider business route, which was sparked by concerns of a trade war with China.

President Donald Trump announced last week that the US would impose a 10 percent tariff on Chinese imports of $300 billion as of Sept. 1, signaling the failure of the world’s two largest economies to come to terms with a trade agreement. Stocks had their worst weekly output of the year and continued to plummet on Monday after China permitted its currency, the yuan, to drop to its lowest point in over a decade against the dollar.

Tech’s big five firms lost a market value of $66 billion on Friday, and the plunge on Monday brought the two-day fall to $228 billion. Apple had the largest decrease of 5.2 percent. In June,  Apple told the US Trade Representative Robert Lighthizer that the recent suggested tariffs would hit “all major products from Apple.” Some analysts are expecting a significant effect.

Apple has more exposure in China than its Big Tech counterparts because of its top goods, most notably the iPhone, it is much dependent upon the country’s production plants. There is almost no presence of Facebook, Google and Amazon in China. The other companies have not dropped as much but have fallen more than the S&P 500, a reflection of the position of technology in the economy — the sector typically outperforms in moments of boom and is disproportionately harmed during a slowdown.

Among Big Tech stocks, this year’s S&P 500 was only under performed by Alphabet as the index rallied to a record last month. The year-on-year benchmark remains up about 14 percent. Alphabet stands at nearly 11%, while the others stand at least 18%.

Apple asked for waivers for the Mac Pro computer before the latest announced tariffs and said it should be exempt on some components, including a power supply unit, stainless steel enclosure, finished mice, trackpads and circuit boards. In a tweet, the application was denied by President Trump, writing on July 26 in a tweet,  “Apple will not be given Tariff waiver, or relief, for Mac Pro parts that are made in China. Make them in the USA, no Tariffs!” 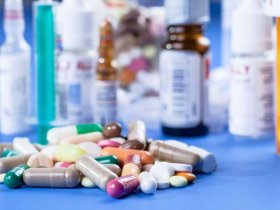