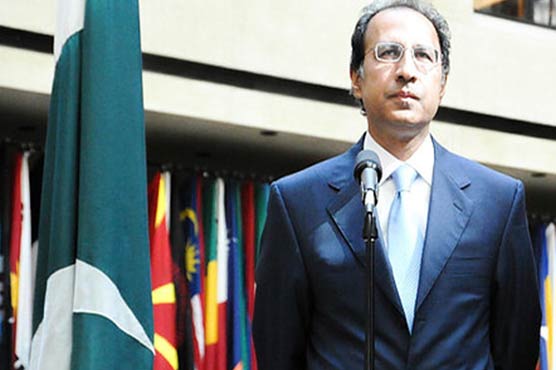 Governor State Bank of Pakistan Reza Baqir spoke to press conference weak after the presentation of the financial budget 2019-20. He expressed his satisfaction over the economic growth of the country and believed that anticipated financial arrangements would balance out the circumstances, which will prompt higher and comprehensive development, at last passing the advantages to center and lower classes.

Talking about the current issue he said, “Our exchange rate regime should be seen as a part of a broader package of economic reforms. There are a lot of influences on our country’s exchange rate policy. In the past, one of the challenges faced by the SBP has been interference by the government. Specifically, when the government wants to borrow money but is unable to secure a loan from a commercial bank, it turns to the central bank. When the SBP finances the government, it has an inflationary effect and puts pressure on the exchange rate,”

He further announced that unlike the previous governments, this one will not borrow from the SBP.

He explained that the government is using a market-based exchange rate strategy to set the exchange rate. Neither fixed not the free-floating rate is appropriate for the government in the present situation. While the fixed rate would prone to damages, the free-floating rate would subject to the operation of demand and supply. Therefore, this system would be susceptible to overtake some fundamental factors, due to which it would not be suitable as well.

The market-based system allows the twin market forces to operate while the Bank keeps a close eye to intervene when it is required.

In the latest budget, policies are designed to let the local currency depreciate to fix the unviable balance of payment issue while tax based is broadened to earn maximum revenues to achieve the set target.