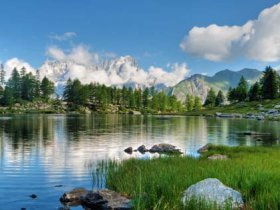 In the latest statement by Turkish President Tayyip Erdogan, he claimed that the country will not take any step back from the S-400 deal with Russia. The US has been quite agitated since the beginning of this deal and has continuously been trying to threat Turkey to avoid the deal.

The US also allegedly tried to force Turkey to wrap up the deal with Russia, by giving an ultimatum of two weeks with a threat to wash Turkey out of the F-35 program. However, the ultimatum was highly condemned by the Kremlin, as they stated it as unacceptable.

A top Pentagon Official cautioned Turkey again to step back, otherwise, the country would have to face devastating consequences. The country would also affect its relations with NATO if it continues with the same plan. The S-400 is said to be inconsistent with the weapon system of NATO.

Turkey responded that the Russian deal is a result of US refusal to sell the Patriot Missiles at first. The defiance motivated them to look forward to other better options available. Erdogan added that “There is an agreement. We have determination. It is out of the question to take a step back from it”.

While the US is planning to impose further sanctions on Turkey to damage the economy, Erdogan said that Turkey may take interest in US’s Patriots provided that the offered deal is as positive as Russia’s. But unfortunately, no productive response was received from the US.

Turkey and the US had an agreement to trade 100 F-35 fifth-generation stealth fighter jets, out of which two have already been received by Turkey. Moreover, a few local pilots are also under training for the specified jets in the US.

Ahead of the expected US sanctions, Turkish economy fears the chances of economic downfall. Since January 2019, the local currency has diminished around 14%.