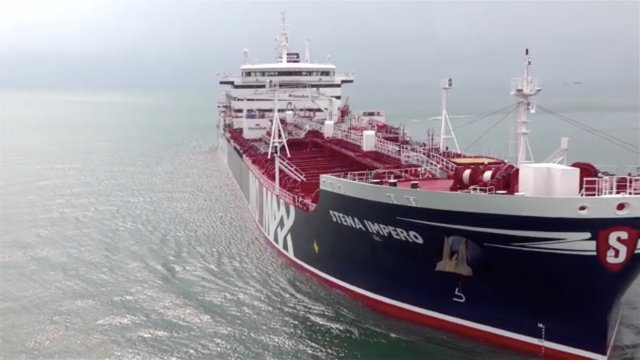 Iran has a clear intention of not releasing the British tanker simply because its own tanker has been released.

As a retaliation act, Iran then seized a British-flagged tanker, Stena Impero, accusing that it had collided with a fishing boat and violated international maritime laws.

Rear-Admiral Alireza Tangsiri, the Navy Commander of the Islamic Revolutionary Guard Corps (IRGC), stressed that the recently released Iranian oil tanker Grace 1 and the UK-flagged oil tanker Stena Impero, which Iran detained a few weeks after the seizure of Grace 1, are two separate issues. It claims that the seizure of Stena Impero didn’t come as a response to the Iranian tanker.

The two ships’ “detention or release are not related to one another,” Iranian media quoted Tangsiri’s saying.

“There is no relation between the release of Grace 1 from Gibraltar and the British oil tanker detained by IRGC,” it stated quoting Tangsiri.

A series of incidents last month, have increased the tension between Iran and the West in the Gulf Sea and specifically in the World’s most important oil shipping corridor, the strategic Strait of Hormuz, within Iran and Oman’s territorial waters and is not a part of international waters as UN regulations bound countries to impose control up to 13.8 miles from their coastline.

Relevant: Strategic Importance of the Strait of Hormuz