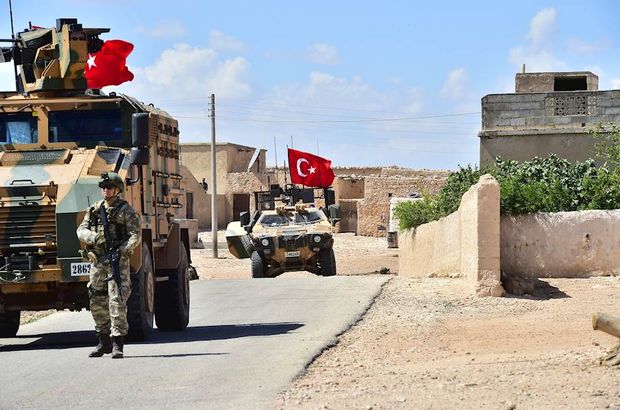 “We will move the process which we started with the Euphrates Shield and Olive Branch operations (in northern Syria) forward to a different phase very soon,” Erdogan revealed during the 11th Ambassadors’ Conference.

The president has warned several times that Turkey is preparing an offensive approach into Syria against the YPG, which Turkey perceives as a terrorist organization and the US has supported as the main fighting force against ISIL.

“Turkey has the right to eliminate all threats against its national security,” he said.

“If needed, Turkey will absolutely protect its national interests (in Syria) either via dialogue, soft power, coercive diplomacy instruments or realpolitik,” he added.

Turkey won’t feel satisfied until the elimination of the “structure” that is being fed by its allies’ heavy weapons on its southern border, the president said, pointing to the U.S.’ ammunition support to the YPG in Syria.

Ankara wants YPG fighters to leave the border area and want to make a 32 km long safe zone, while Washington wants guarantees that its Kurdish-led allies in the operation against Islamic State in Syria will not be harmed.

The president said Turkey is all set to push the PKK out from Iraqi territory.

“We expect clear steps from the U.S. over the extradition of FETO ringleader to Turkey and the halting of arming of the PKK/YPG terror groups,” Erdogan demanded, addressing the U.S.