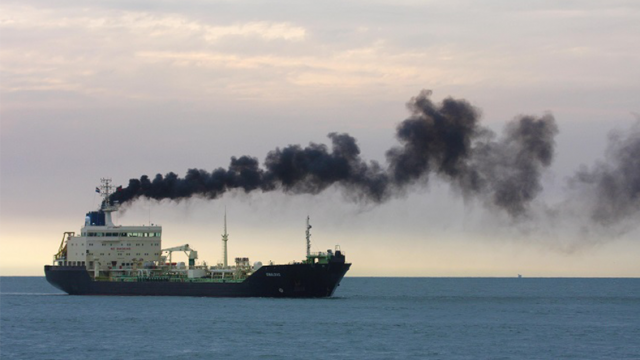 Curbing the speed of ships has huge benefits for humans, nature and the climate, according to a new report.

A 20% speed reduction would cut greenhouse gases and also decrease pollutants that pose serious threats to human health such as black carbon and nitrogen oxides.

Also, this speed limit would cut underwater noise by 66% and reduce the chances of whale collisions by 78%.

UN negotiators will meet in London this week to consider proposals to decrease maritime speeds.

Ships, of all sorts and sizes, transport around 80% of the world’s goods by volume. However, they are also responsible for a notable contribution to global greenhouse emissions.

Shipping generates roughly 3% of the global total of warming gases, that’s roughly the same quantity as emitted by Germany.

This new study, carried out for campaign groups Seas at Risk and Transport & Environment builds on existing research that reveals that slowing down ships is a good idea if you want to cut greenhouse emissions.

The report also includes a range of other impacts related to speed cuts such as air pollution and marine noise.

The report found that cutting ship speed by 20% would cut sulphur and nitrogen oxides emissions by around 24%.

According to the study,  a 20% cut in speed would cut noise pollution by two-third, while the same speed restriction would reduce the probability of a ship colliding with a whale by 78%.

“It is also of course by far the simplest of the regulatory options. Thanks to satellites and transponders on commercial vessels it really is quite easy to track their movements and the speed they are traveling,” Maggs said.

Proposals to reduce the speed of ships are among the ideas that will be considered at this week’s meeting of the International Maritime Organisation (IMO) in London.

Experts believe that in the medium to long term, the industry will find a way to alternative fuel options. But there is immense pressure, including from many countries and shipping companies, for short term but effective measures to cut down emissions.