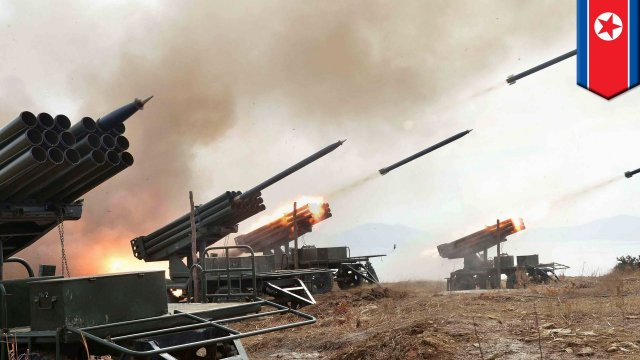 North Korea has launched two ‘unknown projectiles’ to the east of the country, according to South Korean News Agency.

A spokesman for South Korea’s Joint Chiefs of Staff said, “Our military is monitoring the situation in case of additional launches and maintaining a readiness posture.”

The recent launches are made after North Korea’s announcement on Monday that it would be open to restarting nuclear talks with the US.

He commented on the rival state’s ‘imaginative or creative thinking’ regarding weapons building and mentioned that North Korea has almost mastered the ability to dodge advanced missile defense systems.

So far, North Korea has stuck by its unilateral suspension of nuclear and long-range missile tests.

It’s not obvious at the moment, what an upcoming Trump-Kim convention could accomplish, if not supported by more working-level negotiations.