Have you ever wondered why clocks, watches or other time-telling devices in clock/watch advertisements always show 10:10 before you set the correct time?

If you visit a store selling watches, it’s always been a default factory setting. But why?

First, Clear your mind from any related myths or supernatural reasons, people use to link with this scenario.

There are plenty of people out there who think that clocks in advertisements and in-store displays are set this way in the memory of Abraham Lincoln/John F. Kennedy/Martin Luther King Jr. because that was the time at which they were shot or died.

Another theory is that 10:10 was the time when a nuclear bomb was dropped on either Nagasaki or Hiroshima and this particular setting is in memory of the died ones. But in reality, The Fat Man bomb was actually dropped at 11:02 a.m. local time and the Little Boy at 8:15 a.m, according to local time.

A reason for setting 10:10 gives the clock or watch a number of benefits.

• The hands are not overlapping, so they’re clearly visible and their layout can portray nice look.

• The arrangement of the hands is symmetrical and people subconsciously find more satisfaction in symmetry than asymmetry. So this setting gives the product a more appealing look for customers.

• The manufacturer’s logo usually lies in the center of the face beneath the 12, is not only visible by this setting but also portray nice framing by the hands.

• Other elements on the face (like date windows or secondary dials), usually lie near the 3, 6, or 9, won’t get hide.

Sometimes, you can still be able to find the 8:20 setting on some clocks or watches where the manufacturer’s logo lies at the bottom of the face, above the 6.

A practice of Famous Clock Makers:

Many of the most famous watchmakers have a preference for the exact time displayed on their watches, according to Quartz. Rolex likes to display 10:10:31, TAG Heuer prefers 10:10:37, and Bell & Ross always chooses for uniformity with 10:10:10. Timex, one of the few watchmakers who opt-out from choosing the 10:10 norm, displays the time 10:09:36.

Apple, however, chooses to display a slightly different time on all of its Apple Watch promotion by setting the time one-minute less, that is 10:09 instead of 10:10. 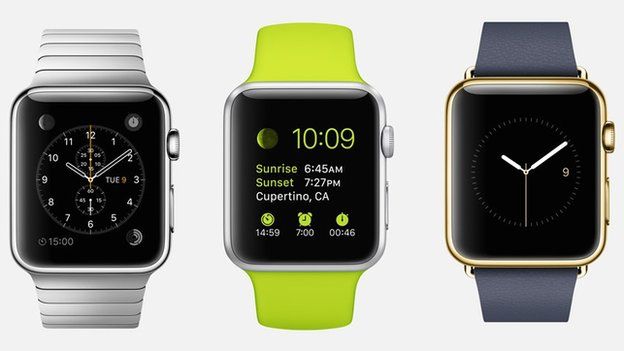 It appears like Apple wants the Apple Watch’s time to be ahead of even Timex, and displays a specific time of 10:09:30, which allows Apple to reveal itself “ahead of the times” with the Apple Watch. The way, Apple uses as a pun to symbolically outclass itself by claiming the smartwatch market, all while tipping its hat to an age-old watchmakers tradition.

“I think this is more about symmetry, about attention to detail than about being ahead of the curve. At 10:10, the hour hand will be 1/6 of the way between the 10 and the 11 on the watch face. If the minute hand is precisely on the 2 (as it would be at 10:10), the minute and hour hands would not be symmetrical. At 10:09, the hands would be much closer to symmetrical perfection. That sounds more like Apple logic to me,” Dave states.

No matter what, there’s no doubt that Apple is unique with its choice.