Social media platforms always show you the stuff that provides comfort and orgasm to your mind. By the help of highly intelligent algorithms which works on the basis of our input to the platform, our searching habits, our interest, and our gender, it performs mining on our data and shows us the things that we want to see. Its a kind of Echo Chamber our youth is kept in, by experiencing only mind seducing ideas rather than those that challenge our so-called logical and critical thinking or our rational or irrational ideologies.

“Echo chamber” is a term widely used in today’s world, that describes a situation where certain ideas, beliefs or data points are reinforced through repetition of a closed system that does not allow for the free flow of alternative or contradictory ideas or concepts. In an echo chamber, there is the implication that certain ideas or outcomes win out because of inherent unfairness in how input is gathered.

After the birth of the internet, the newly emerged technology promised a mind-expanding agenda, where one could freely share new ideas and inspect other points of view. Even in that period of heated pessimism, there were few experts who worried that this vision pivoted on too high-minded a picture of human nature.

After the outbreak of modern disease involving cyberbullying, troll factories, campaigns of misinformation and more, everyone was questioning his/her use of online space. And to counter these factors everyone started to live inside the limitation of his/her own cozy online bubble.

In 1996, MIT researchers Marshall Van Alstyne and Erik Brynjolfsson warned of a potential dark side to our newly interconnected world:

“Individuals empowered to screen out material that does not conform to their existing preferences may form virtual cliques, insulate themselves from opposing points of view, and reinforce their biases. Internet users can seek out interactions with like-minded individuals who have similar values, and thus become less likely to trust important decisions to people whose values differ from their own.” 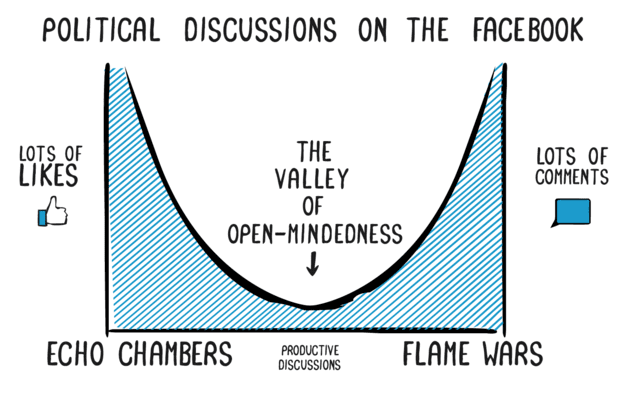 Van Alstyne and Brynjolfsson mentioned this epidemic of the online community Cyberbalkanization. They warned that “the loss of shared experiences and values may be harmful to the structure of democratic societies as well as decentralized organizations.”

No doubt, up to some extent, ideological bias is unavoidable and cannot be blamed solely on the internet. But, despite whatever editorial biases publications (Newspapers and magazines) may have, a potentially legal and in some regards regulatory, media outlets at least publish facts when it comes to news. Whatever the faults of the mainstream media, but one cannot deny the versatility of news they offer and the authentication that comes from the highly professional staff rather than student turned bloggers.

But what the internet has done is assist the emergence of alternative news sites and this is where authenticity, accuracy, and quality can no longer be promised. Apart from journalistic ethics, thousands and millions of platforms are thriving by showing their viewers exactly what they actually want to hear, no matter how lame and poisonous the content is.

Around 61% of millennials gather news primarily through social media. But in the process, social media platforms use algorithms that manipulate their feeds. The catchy and mind seducing things with which our generation is likely to agree and the contrary or out of the box information that does not appear to fit their preferences are filtered and then served at the cost of accuracy and balance.

The Knight Center observed in 2016 and noted: “people may be losing the skills to differentiate information from opinion.”

So why we are letting all this happen peacefully?

Part of the problem is our reliance on the internet behemoths and their keen interest in feeding (literally spoon-feeding) us what we like to see and digest. Everything from our Google searches to our Facebook news feeds is engineered to keep us engaged and generate profit. But while there is limited evidence that filter algorithms might reduce diversity, the information suggests that we play the main role in strengthening our own slavery. We are much more homogeneous and self-esteemed than we think and try to interact more with people who echo our ideas and ideologies, and this global epidemic of echo chambering has exacerbated this condition. A recent psychological study found that we try to engage most with information that supports our ideology and believes and this natural trait of human beings accounted for much more selection bias and diversity phobia than algorithmic filtering.

The echo chamber may be comforting, but unfortunately, it cage us into never-ending tribalism and does irreversible damage to our cognition, our decision making, and our knowledge base. To counter this epidemic, we must have to be more concerned and critically analyze our sources of information, something we are currently poor at doing.

More difficult is that we must learn not to stick to any idea or source because it supports our belief system, and be willing to accept the truth even if it is contrary to our ideology. 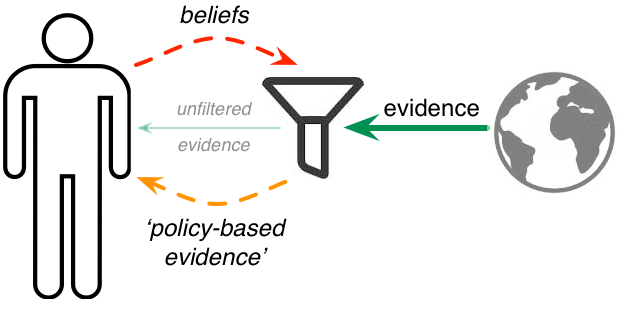 2019 is near to end and we must decide to make 2020 the year of questioning not only our opponents’ claims but our own.

How can you survive Organizational Politics & thrive in Corporate Culture?